Home / Blogs / ROAD TRIP / Who are Helene and Mario?

Who are Helene and Mario?

The Postech Road Trip just finished out a long journey from one end of the country to the other, visiting several dealers of the Postech Nation. 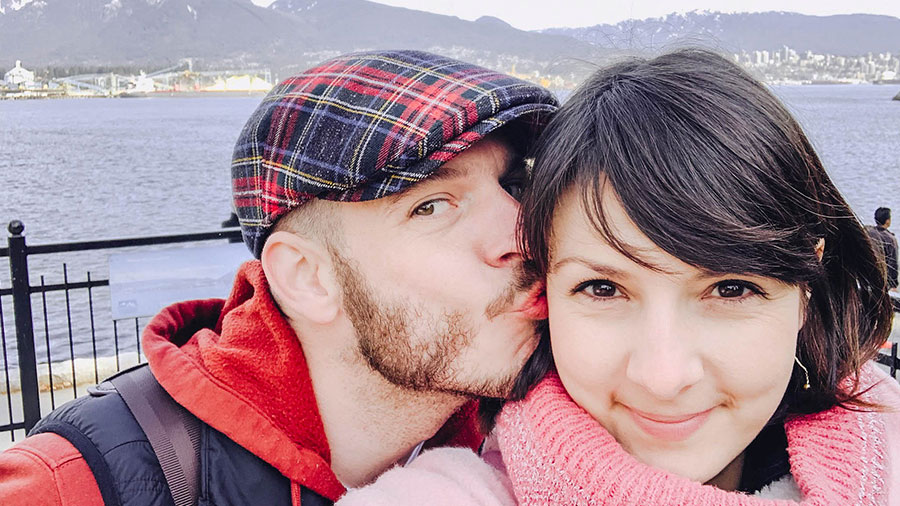 The Postech Road Trip just finished out a long journey from one end of the country to the other, visiting several dealers of the Postech Nation. This trip painted a truly human and contemporary portrait of Canada. Us five adults (and one dog!) left for more than 40 days aboard an RV. Now let Hélène and Mario, your hosts of this special series, pull back the curtains on this saga!

Mario and I met nearly three years ago, over a business dinner. The electricity between us was instant, and we’ve been together since that day. We founded LEBON Trait d’Union together, a content creation company that offers communication strategies tailored to the needs of the client. But LEBON Trait d’Union is also a platform for online publications that brings travel enthusiasts together, from small to great stories. And this is where my journalist past comes into play. Like I always say, my credo is to tell stories, not to tell tales!

Last summer, Marie-Chantale Faucher and the Phoenix marketing team approached Mario and I, to propose a road trip idea to drive across Canada for their client Postech. As we had already talked about doing this kind of journey together, we were really excited about this project. I was taking the old saying “He who marries, inherits a country” to heart! I chose this country in the same way that it welcomed me – with open arms. I was 16 the first time that I came here to write articles. I arrived in Saguenay, QC wearing shorts… in April. Brrr! But I didn’t get cold feet after my experience. On the contrary, I set out from my birth country of France, and came back to Canada at 19 to earn my degree in journalism. Then, between a master’s degree in Madrid, and another one in Paris, as well as a year’s study in the United States, I returned “home”, and that’s where I met Mario.

Mario is an Ontarian from Quebec and a Quebecker in Ontario: born in Gatineau, QC, he grew up in Ottawa. His dad passed away when he was only 4 years old, and after a difficult childhood, he looked up to his mother as an example of resilience and started building his life. At 17, he became a dad when he adopted the daughter of his spouse at the time. Then when he was 19 years old, his son entered the world just when Mario graduated with a degree in television production. The mother of his children suffered a stroke when he was 23, and he had to take charge of their suddenly disrupted daily life. It was at that moment in his life, in need of stable hours, that he moved from sports video editor to advertising sales assistant at RDS. When she and Mario broke up, with children to care for still, he devoted himself to his career. From BV! Média to MétéoMédia, Rogers, Canadiens de Montréal, and even Radio-Canada, he built up his experience through these jobs. And now we are together at the head of LEBON Trait d’Union, achieving success!

Mario faces his problems with a calmness and coordination that is both disconcerting and exceptional. When we encountered mechanical problems with our RV before Moncton, he bowed on hands and knees to ask Peterbilt to help us before the other trucks and RVs that were waiting to be repaired, in order to get back on the road as quickly as possible. The road trip was in danger, you see. That’s just how Mario is – willing to move heaven and earth to finish a project without leaving anyone behind.

When we started out on this venture, we knew we would be trading a stable paycheck for true fulfillment in our work, and oftentimes achieving this fulfillment starts with the people that we work with. We are very particular regarding this point. When we met Jean Routhier, president of Vistech-Postech, his values of professionalism, respect, and openness resonated with us immediately.

Our head correspondent, Matthew Barrington, has known Mario for 10 years, and when he came to us with his wish to give life to their Postech Nation and unify their 104 dealers, we stepped right up to the task!

We proposed the idea of a road trip which would allow us to discover not only the projects completed with Postech screw piles, but also the entrepreneurs across the country who are building the foundation of a nation full of dreams and ambition, from one ocean to the other. Each facing their own technical, climatic, and geological challenges, they are nevertheless united in their common values and vision of serving their clients.

In order to carry out this Canada-wide project, involving driving almost 15,000 km in 42 days, shooting 15 videos, taking photos, and writing these blog posts, we could not do it alone. With us in the RV was Martin, a friend of Mario for more than 15 years and who quit his job as a taxi driver to join us on this adventure. Martin is a great guy who doesn’t complain about anything, and takes joy in everything. When stress or fatigue got to us from time to time, he would remind us of the plain and simple pleasure that was being together and visiting the Maritimes, the Great Lakes, the Rockies, or even just relaxing around the campfire.

Maxime is our artistic eye and the professional behind our video clips. As our photo director, he helped bring our trip to life. He has also taken a road trip to the United States and shot a full feature-length film for his Master’s degree in cinematography, so he has experience with the road as well as with filming. Max is also a nature lover, outdoorsman, and travel buff. In him, I had both a perfect travel buddy with whom I could speak about art and society, and a dependable cinematographer who I could count on to give our video clips the depth that the Postech dealers deserved!

If Max was our artistic eye, Joël was our actual eye! Camera man and certified drone pilot, all of our trip’s images passed through his Kodak. Tirelessly holding the camera on his shoulder, and ecstatic to fly his drone through the air, Joël is the youngest of our group. Living in Saguenay for seven years has really rubbed off on him and he’s got that Saguenay honesty and good nature, making for a travel companion who is really easy to get along with! Our adventure together was especially satisfying to him, since he chose a job where he could travel!

I will also say that our arrangement of 5 in the RV was vastly improved by Ila, our little mascot! If the Coton de Tuléar is considered one of the closest dogs to man, Ila is a worthy representative of the breed! Always lovable and sweet, he plays hard and cuddles hard, and knows just how to clear our occasional weariness and frustration.

An RV Team Supported by the Solid Postech Crew

Aside from the RV road trip members, let’s be honest, we owe the success of this adventure to the partners that helped us with post-production: our editors François and Antoine, who know how to imbue emotion and beauty into their projects. Marc and Marie-Michelle, who managed and received the hard drives we sent during different stages on the road up until Montreal. And of course, Amélie, who published, followed up on, and confirmed our work during that month and a half from her Postech office, with an unrivaled organization and response time.

Finally, behind the success of our work, behind our smiles and beautiful discoveries, are the dealers who welcomed us with open arms and acted as proud representatives of their region. They devoted the time to us that we needed to film, and their generosity made our work much easier and smoother. The participation that you see on screen is real, and it shows that at Postech, they have great people! Even outside of work, these are authentic and nice people!

Today, now that the road trip is over, and that our boys have moved on to other projects, Mario and I are continuing to dream up crazy ideas, like this road trip was and our marriage surely will be. October is drawing closer, and we’re still not ready yet! We are coming up with our list of invitees, and some of the people we met during the road trip will come see us on the big day. We can only rejoice and look confidently to the future: a life together, which first “started off on a solid foundation”, awaits us!